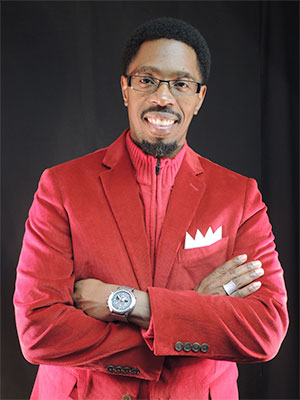 Augustus G. Washington, Jr. is the founder of Joshua Gener8tion House of Faith and Joshua Gener8tion Community Outreach, Inc. a 501 (c) 3 organization.  He was born the fifth child of Augustus Sr. and Annette.  The enemy did all he could to prevent him from being born, but God had another plan.

As he grew into a young teenager, it was evident he had a wisdom beyond his age and could see spiritually because the hand of God was upon his life.  During these formative years, he would give counsel to his peers and strangers by the grace of God not knowing years later that God would use this gift to impact the lives of those that would come in contact with him.

Augustus began his ministry under the leadership of Elder Gregory Cannon in the A.O.H. church of God.  During this time he began to excel in ministry and the Lord began to bless.  In 1998, he was appointed Assistant Pastor of the Victory Temple A.O.H. Church of God where he served faithfully both as an assistant and an armour bearer under the leadership of his spiritual father.  He served faithfully as he assissted the Senior Pastor in accomplishing auxiliary objectives and overall vision for the ministry.  He was the originator of the video and tape ministry.  He also assisted with corporate prayers, bible studies, Sunday school classes and special occasions.  Augustus also served as Interim Pastor.  He was successful as he assisted the Senior Pastor in transitioning the membership from one leader to the next leader.  He devised strategies for outreach such as "Beyond the Four Walls Ministry" and organized a food bankto help facilitate growth.  Augustus devised financial strategies to geenerate revenue. During this time, he was the lead facilitator of Sunday morning messages and bible study classes.  He successfully expanded the video and tape ministry along with organizing marriage seminars.  He also visited the grieving church members and delegated ministering opportunities for associate ministers.  Through much prayer and fasting, Augustus launched out on May 27, 2007 with his family and three other people in the living room of his home and began Joshua Gener8tion House of Faith, Inc.

Since then God has blessed and promoted him in many ways.  The ministry has grown both spiritually and numerically.  In addtion, Augustus is a psalmist, song writer and producer of his first EP.  He is the author of the book God's best for achieving Life, Love, and Prosperity.  Throughout the years, there have been those that have been blessed with accurate prophetic words that the Lord has given him to utter.  The Lord also  conferred on him an apostolic anointing for this end time move.  In June 2011, Jasper Chappelle, a credible and well known Apostle, publicly spoke and confirmed what God had already ordained in the life of Augustus.

Finally, Augustus has been a radio personality on Shout 94.7fm WAAW broadcast Midday Inspirations.  The Lord has also blessed and inspired him to begin a radio broadcast called Kingdom Talk.  It first aired on Shout 94.7fm on Thursday nights from 7:30pm until 9:00pm.  The Lord continues to bless and promote Augustus to do great things in the Kingdom of God.  Augustus is now a part of the ministry team at WUCC 99.9fm where his show Kingdom Talk is now being aired on Thursday nights from 7:00pm to 8:00pm.  Augustus also has another broadcast that airs on this fine station called "Life in the Word".  It airs Monday's and Friday's at 7:45am to 8:00am.  Augustus Washington, Jr. is continuing to seek the face of the Lord as he, his wife (Annie) and daughter (Hannah) go forth in the things of the Lord.